The Future of the PEO Industry

Home
|
The Future of the PEO Industry
July 25, 2017 by Dan McHenry No comment(s) Entrepreneurship, Leadership, PEO

Bill Clinton once said, “the price of doing the same old thing is far higher than the price of change.”

The time for change is now, – and this sentiment is the basis for our conversation today.

More than three months ago, in early April 2017, the NAPEO Board met in Denver to hold its annual strategic planning meeting. The strategic session was moderated by a local professional that led us through our strategic exercise. Although my intent is not to immerse you in all the discussions, I do want to focus on one of the sessions near the end of the two-day event that was related to the future of the PEO industry and NAPEO’s ongoing role.

The question that was posed was whether the PEO industry would look the same in the next five or ten years. The group was divided on their opinion with most being in the camp of saying that the PEO market should continue on the same path followed for decades and fueled by the recent passage of the SBEA Act and the launch of the IRS Certified PEO Program. And as a by-product of this sentiment, that NAPEO should continue solely supporting that mission.

The other smaller camp (which included me) believed that the PEO industry must evolve as the market in the last several years has begun to change rapidly and the PEO needed to evolve rapidly with it. The discussion included that the PEO industry is currently being challenged by a number of affordable nimble and simple business models such as Zenefits, Namely and BambooHR which operate outside of the co-employment arena. The question that arose is whether NAPEO should expand its charter to support new business lines that PEOs integrate into their enterprise.

There is a convergence of many of the traditional business service sectors and it is my belief that PEOs need to evolve as quickly as the changing markets. Today most PEOs, at a minimum, offer both PEO and ASO/HRO services. However, there needs to be both (1) an expansion of the product and service offerings of a PEO as well as (2) a further diversification into other market verticals.

For many that have heard me speak over the last few years, I have communicated that I have never been more bullish on the PEO industry. In the past few years by most accounts, the disciplined and well run PEOs have had an unprecedented run of growth and prosperity. For those that have not, there are probably a handful of simple strategic adjustments that need to be made that could likely correct their trajectory.

Illustration 2 – Important Dates and Events in the PEO Industry

You can tell a lot about the resilience of an industry and its vitality by taking a look at the new entrants coming into the PEO space.

If you recall, back in the early 1990s the banking industry was experiencing an unprecedented amount of industry consolidation and many of the industry experts and pundits thought that the era of small local and regional banks was gone and that only the mega banks could thrive.

But apparently, no one told the told the entrepreneurs and industry veterans that message. The balance of the 1990s saw a renaissance and surge in new bank start-ups that had never been seen before.

Clearly, the PEO industry is in an era of rapid consolidation across the entire spectrum of the PEO market. Yet this is occurring at the same time there has been the largest groundswell of new PEO entrants and start-ups into the space.

Traditionally, many of the entrants were PEO veterans that had learned the trade working for someone else. However, a lion’s share of this generation of new entrants are individuals or companies that are entering from a vertical outside the PEO space. 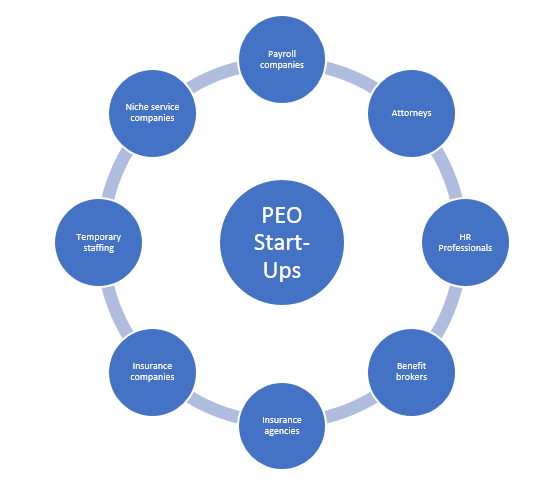 Does the Composition of New Entrants Provide a Glimpse of the Future of the PEO Industry?

In my view, the composition of these new entrants is a view of where the PEO industry is heading. Will the convergence of business services and other factions of the contingent workforce industry be a precursor to where the industry is going? Will the PEO industry remain strong if it continues to swim upstream of a strengthening current of new business models.
I opened this article with a quote from Bill Clinton that I thought was extremely enlightening. In an attempt to have an inclusive bi-partisan article, I would also like to include the following quotation:

“In the private sector, there is always innovation. There’s always change. There is always improving productivity, and it you are not leading that, you will be passed and ultimately go out of business. So there is an urgency to constantly update and renew and rethink your business.” – Mitt Romney, Former CEO of Bain Capital, Governor of Massachusetts, and GOP Presidential Nominee 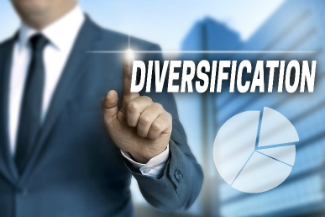 I believe the most successful PEOs in the PEO industry will be the ones that continue to expand into additional lines of business. Some of these areas of potential diversification are already represented in the PEO market such as:

Next month, I have the honor of joining a diverse panel of professionals at the 72nd Annual Workers’ Compensation Conference Educational Conference in Orlando, FL, to discuss the viability of an enterprise that offers both Professional Employer (PEO) services and temporary staffing services. Although both industries are currently performing well, the discussion is going to center around the opportunity for incremental revenue and profits, improved resilience in a recessionary economy, and how the cash flow implications of operating both models are complementary when both markets are in times of prosperity (when a growing staffing company needs to fund a growing receivable).

There are many PEOs that have very successful staffing businesses that have improved their performance, market reach, and will likely enhance their enterprise value. Here are a few role models that have successfully diversified their business models with both PEO and Staffing:

The needs of small businesses are constantly changing and their appetite for more value is accelerating. Other business models have been vying for their attention. The PEO industry must increase the speed of its investment and focus on ways to add new value for its client base. Our historical business model has been built on a foundation of vendor management and offering a one-stop shop. I strongly believe that the day has come for us to evolve to multiple shops.

With the close of the 2017 NAPEO Annual Conference and Marketplace that ends the season, most PEOs will be turning their attention toward the coming year. I would suggest that your 2018 strategic planning session include addressing potential disruption and future diversification strategies to strengthen your organization and ensure its success and profitability for the years to come.

The time for change is now. Let us assist you with that strategic planning process.

To learn more about the 2017 NAPEO Annual Conference and Marketplace, click here: https://napeo.org/annual-conference-2017

Director of Human Capital Strategies at McHenry Consulting, Inc. and an authority on the delivery of high impact HR services as well as the development, and talent management of human capital within the professional employer industry (PEO).